After first release of Zekr 0.1.0 in the early 2005, now Zekr 1.0.0 is available. This major release has everything as a desktop Quran study software for both a general audience and a Quran researcher. Here are a few features in Zekr 1.0.0 (All these features are gradually provided during previous releases. 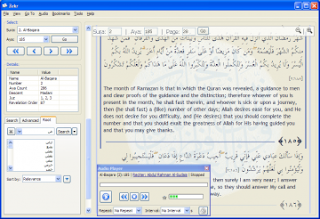