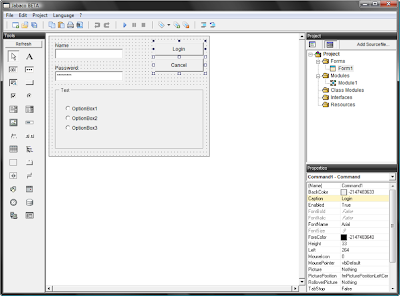 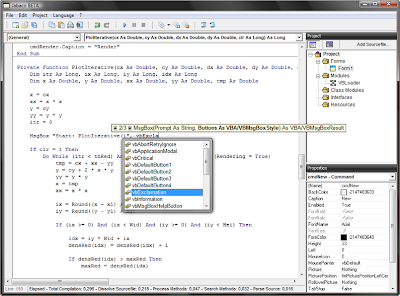 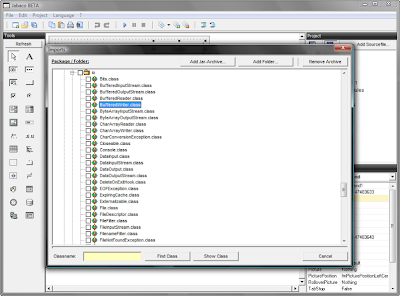 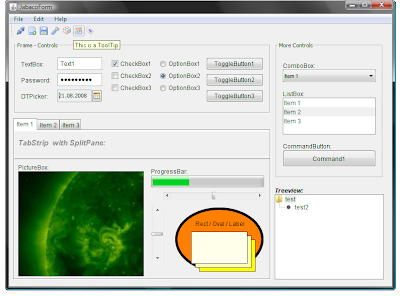 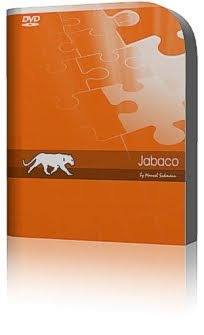 Jabaco is a simple programming language with a Visual Basic like syntax. Jabaco enables you to create powerful software for all Java supported operating systems.

A BASIC compiler:
You write sourcecode similar to VB6 and with Jabaco you can compile it to bytecode which is similar to the output of the Java programing language.

An integrated development environment (IDE):
Autocompletion, code highlighting, object browsing, a GUI editor and other modern IDE-stuff will support you in your tasks.

A debugger:
Start the project, step through your sourcelines, readout your vars, fix some bugs and continue the session without a restart.

An idea to do something different:
Jabaco must be much more than that to exist. It needs a lively framework and an active community - it is on you to decide.

A tool to create modern applications. A better replacement by keeping the spirit of VB6 in the development process. Making it useable for experienced VB6 users. A modern IDE with a modern framework based on Swing. Make all the frameworks based on the Java technology (J2EE) useable for VB6 programmers and simplify the handling with Java for rapid development and prototyping.

The output is certainly not the same - Visual Basic 6 creates native (or p-code) exe-files, which are using the runtimes of VB6, but these runtimes are only available for the Microsoft operating systems. Jabaco creates bytecode which is very fast and runs well on many operating systems. Most of the language is similar to Visual Basic 6, but I have enhanced some parts. E.g. Jabaco is completely object orientated, it supports threading and some other modern developments - I attempted to integrate some things better than other dialects. There are some limitations, but much more possibilities through the java bytecode. Its free to try so take full advantage of this opportunity.

Someone asked me if it is necessary to install the newest Java Development Kit (JDK). Jabaco is the compiler, not Java - with Jabaco you have everything you need to compile your applications. To run it on your system, you only have to install the newest Java Runtime Environment (JRE). Jabaco is currently free and you can use it without limitations. Just try it and feel free to contact the community for questions and suggestions